Hiya, me again. Off to hospital again. Same old…

Except it’s not the same old because this time I’m prepared *flexes muscles*. This is the beauty of a planned hospital trip, I know what to pack, what not to pack, what time to arrive, where to go and I know roughly how long I’ll be there for.

Here’s what’s going in my bag: 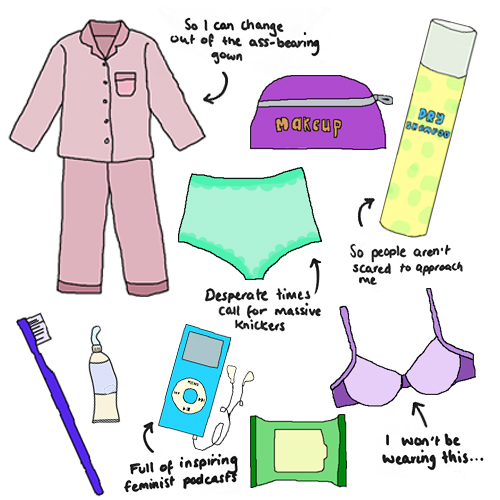 (A cheeky illustration drawn by me.)

Here’s a brief lowdown for all for you – I promise I won’t keep you long.

Oli’s coming in with me to St Thomas’ Hospital for 7am (for real I have an early start) and I’ll be nil-by-mouth. I’m on the morning list but you never know someone might be a higher priority to me so hey ho. The op should only take around an hour and I should only be in for 24 hours, 48 if I’m in a lot of pain. Then I’ll poodle off on my way home to Hotel Mum and Dad for a couple of weeks because it’s logical – they have heating, food and Max who will *happily* be my slave. My personal nurse. Pahahaaaaaa.

However, I must let you know that there is a possibility that they could open me up and decide that it’s too dangerous to remove the rib. This is good really because I don’t want them to take any unnecessary risks. But bad because you know, I want my life back!

Here’s just an update on what I know so far:

Until my next blog post, read Chloë’s post about her trip to Lesvos. She worked her balls off helping the boats come in from Turkey over night and the Dutch press are all over the work they were doing – she even made it to their news. Chloë B for Prime Minister, I say.

Read ‘When one door closes…’ here. 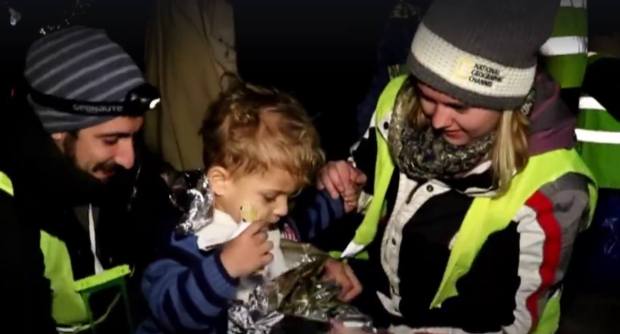 Chloë helping a young boy off the boat from Turkey, as caught by Dutch cameras.

One thought on “A cheeky pre-op update”