Scroll down to skip straight to the video

Myself and Oliver J Hill took on the challenge of climbing Scafell Pike in the Lake District back in March. We’re two thirds of the way in taking on the Three Peaks Challenge (climbing the highest peaks in Scotland, England and Wales in ‘one go’ – usually 24hours. These peaks are Ben Nevis in Scotland, Scafell Pike in England, and Snowdon in Wales) – only we’re doing it across a couple of years. Yeah, alright, so I’m not that fit okay?

We took on Snowdon around the same time in 2014 and this was the view from the top:

View from the top of Mount Snowdon in April 2014 avec champagne nonetheless.

It was fair to say we were sozzled.

So we planned to take on Scafell Pike in the same manner. The day we arrived in Cumbria we went to check out the mountain. This was the view: 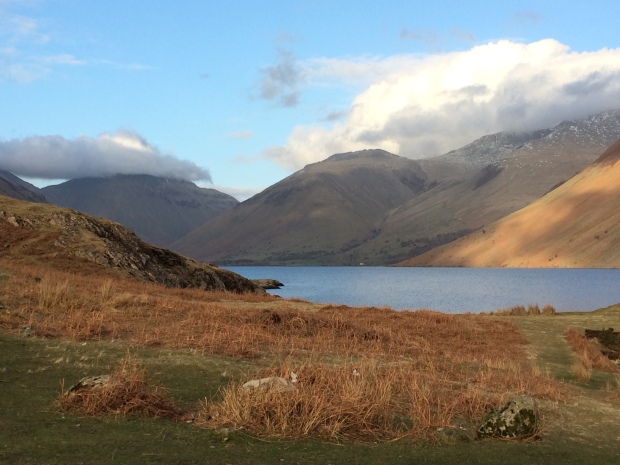 As you can imagine, our expectations were high.

We woke up the next day and this is what it looked like:

I was raining, it was windy and it was so cold. But it’s okay because we came prepared:

Confident that I looked like Lara Croft and Oli looked like Sir Ranulph Fiennes, we took on the challenge anyway. Here’s a video I made for you all to laugh at. It was shot on my iPhone and bear in mind IT WAS SO COLD that the touch screen couldn’t recognise my fingers and I gave up filming. But it was such a laugh.

Hollie and Oli take on Scafell Pike from Hollie Borland on Vimeo.

Like when Cady Heron returned to North Shore High School after the Plastics disbanded, today Ed Miliband returned to the House of Commons for the first time since his attempt at running for Prom King in the General Election.

Ed’s comeback to the House was noted by fellow MPs who said that he was the most relaxed he had been in months.

The former Labour leader sat in the row second to the back in the familiar green benches smiling and waving to colleagues – but it’s his poker face that he needs to work on.

Whilst listening to Labour MP Clive Watts speak about a report into the FIFA corruption scandal, Ed was caught bearing a true Wallis and Grommit smile and mouthing ‘hi’ as he caught the eye of a colleague – probably Regina George – before immediately turning away and dropping a disgusted look.

Ed, that’s so not fetch.

Here’s a video I made for the MailOnline, via their website.

Read the full story here: Ed Miliband returns to the Commons via the Daily Mail