I underestimated the German capital by about 500 percent. We had previously booked ourselves on to a tour around the Reichstag (German parliament) on the 28th at 10:30 am which was the only slot available. This meant we would have to arrive in Berlin on the 27th, giving us four nights in the city, making it our longest stay yet. If I’m honest, I wasn’t that impressed with the idea of four nights in Berlin; I was more keen to redistribute our days elsewhere. Like the accidental night in Venice, I am so glad it worked out that way. I was gutted we had to leave.

We walked drearily out of Berlin Hbf at around 22:00 and without warning, we came alive. I can’t really explain the feeling but the city is buzzing with people and music and culture and history, and it smacks you in the face the moment you confront it. It’s the kind of abuse that cuts through the tiredness of travelling and sets the adrenaline running through your veins and I was excited to emerge myself in the city.

We were staying in Industriepalast Hostel on Warchauer Strasse which is situated right opposite Matrix club (which turned out to be a very handy situation because it made taking one of us home in a drunken stupor easy). We were down the road from 24 hour supermarkets, the U-Bahn, the S-Bahn and it is around the corner from the Eastside Gallery. The hostel is divided into sort of living quarters where your shared room has access to private bathrooms. Our room was a shared dorm of eight and we had access to two immaculate bathrooms. We ended up sharing our room with two brilliant Israeli lads. I’m not going to insult either of them by attempting to write their names but I’ll go with what they asked us to call them – Uvi and Liron. They were travelling Europe in their break from uni and Israeli National Service. They were a great laugh.

Okay, so here is my advice for when visiting the Reichstag: as you’re looking at the Reichstag, the mobile building to the right is where you need to go to show your tickets for the tour you’ve booked on to. The door on the front is where you need to go if you’re touring the whole of the building. The door round to the right is where you show them your booking confirmation for a tour around just the dome. DO NOT under any circumstance stand at the wrong door for 15 minutes only for the woman to tell you you’re queuing in the wrong place and so by the time you go to the right door you have missed your tour. Don’t do it because that would be stupid and incredibly annoying.

Because they took pity on us poor English girls, luckily we were allowed on a tour of the dome. It’s free and I would say worth a visit, despite the fact that you are required to wear an audio tour pack which is synced to different sections of the dome. For instance, one of the favourite phrases mentioned is “let’s walk further up the dome”. Or at least that’s what I was told was said because I kept walking too fast. I would accidentally walk past another check point and consequently the voice would stop mid sentence and begin something else. The skyline here is brilliant. There is a clear view of the ex-Soviet Eastside, the ex-Allied Westside and where the Berlin Wall used to run. On the clear sunny day that we went we could see the whole of Berlin. It was modern, historical and simply buzzing.

After picnicking in the Reichstag grounds we went off to visit the memorials. First on our way was a memorial garden for all the gypsies who were murdered during the Holocaust. It is a very peaceful spot. My only objection was that right outside the memorial were a family of gypsies conning tourists out of money, claiming they were deaf. This may have well been the case, that an entire family had been struck by the misfortune of lack of hearing, but when we saw them whispering to each other we had our doubts.

The Jewish Memorial consists of 2711 concrete blocks set in a sloping ground. Every single block is the same length and width but differ drastically in height. The idea behind it is that an uneasy atmosphere haunts the person walking through it and is representative of an ordered system that has distorted flaws, like the Nazi regime. When we returned a few days later, our tour guide told us a theory that if you walk in, you’ll meet someone and then turn around and they’re gone, but you know that when you leave the maze of concrete coffins you’ll see them again. Much like the Jewish population during WWII. Should you choose to visit, go to the free Ort der Information (Place of Information). There is a lot to take in, but you can read the names and stories of the victims of the Holocaust.

That night we decided to do another pub crawl. As we were there for three more nights, we figured we could go to the pub crawl to meet people and then go out again on our own. We drunk with our Israeli roomies and then walked to the first meeting point. Well it was no Prague, but still good fun. At first though, it was what we call a ‘sausage fest’, whereby Rebec, Em, Clo and myself were the only girls. We met some lovely lads from the army. Initially, I accidentally insulted them by asking if they were builders. However, having struck up a conversation with them, I began to feel less guilty about the insult. “We’re in the British army,” one of them announced. “No we’re not, we’re in the English army!” another shouted. I left them to decipher their issues. I then went on to invite a group of Australian lads to invade the UK for an easy victory. Kieran was less impressed with the lack of chicas. Again, I would love to tell you how many places we went to but my memory is a little fragile about this night. We ended up in the Matrix club. It’s an underground club with several different rooms. A different room is open every night, hence the name Matrix. Although it was good fun, I wouldn’t really recommend a pub crawl in Berlin because you don’t really need to. Alcohol is dirt cheap, meeting people is easy and there is nightlife everywhere you go. Despite having a good night, we all wished we had saved our money and done it ourselves. Our plans to do just that the following night were foiled due to the fact we were all hanging beyond belief.

The following day we visited the Eastside Gallery. It is a brilliant place to go. The vibrant colours and epic murals are enough to get the creative juices flowing. Around a mile long, each painting is completely different to the previous one. It made me wonder what it would have been like as a youth in 1989 when the wall came down. My belly bubbled with anger, excitement and revolution.

As it turns out, Berlin is a good place for tattoo artists… I’ll be brief, but three of us got inked. We figured if its rubbish we’ll just be able to blame it on the travelling bug. I actually quite like mine, but ask me again in a year’s time….

Aside from tattoos, our final day in Berlin consisted of a walking tour. By now we’ve found that the free tours are the best ones to do. Because the tour guides work on tips, they try really hard to be informative and funny without going overboard. It was perfect because we were taken around the places we wanted to see (we were mainly fascinated with the WWII stuff) but places we hadn’t really thought about, like the Humboldt University where Einstein taught and holds 22 Nobel Prizes.

At six o’clock in the morning of the 31st August, we walked to the train station with sleep in our eyes, ink on our skin and bags ladened with cheap alcohol. I found leaving Berlin a hard one because it was such an unexpected gem, but I know full well I’ll be back. I feel we saw so much but Berlin has so much more to offer. After all, Berlin is a city home to the worst parts of history, but also gave birth to some of the best. 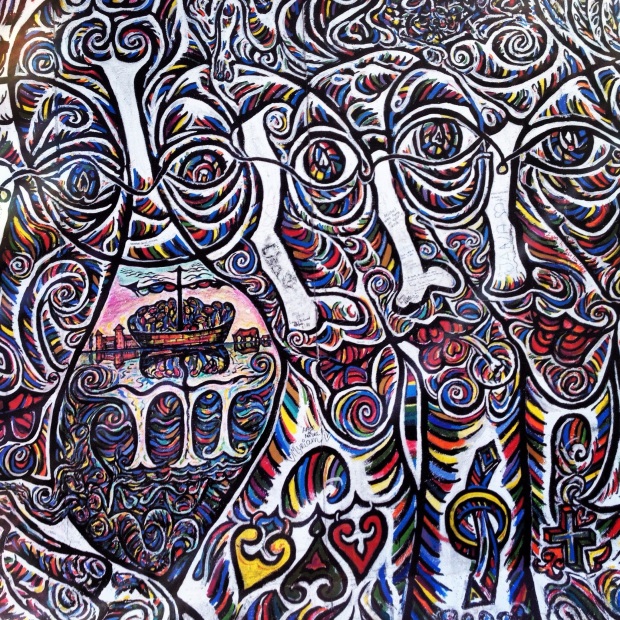 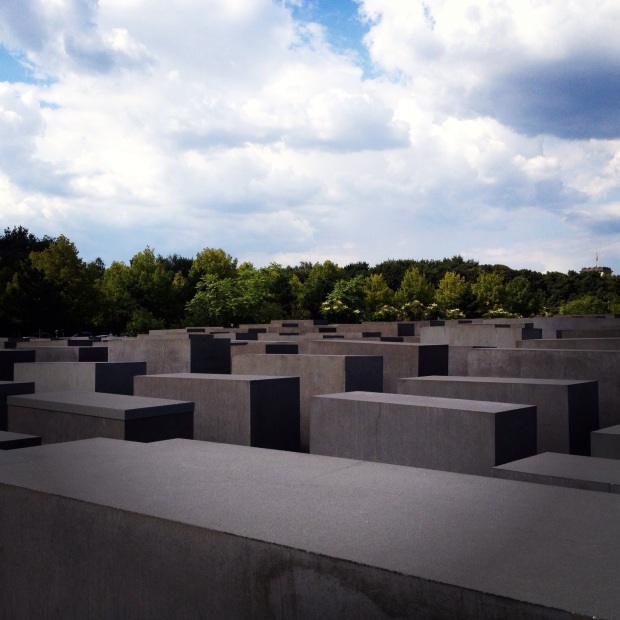