Bits, boobs and bushes. These feature A LOT in Michael Winterbottom’s ‘The Look of Love’. 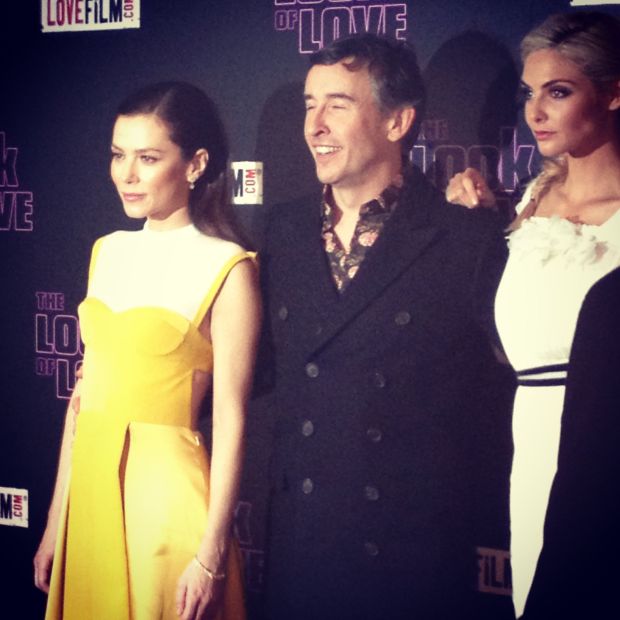 Anna Friel, Steve Coogan and Tamsin Egerton pose for photos at the premiere in Soho. Image © of Hollie Borland

His story is focused on the three most important women in his life – his wife Jean Raymond (Anna Friel), his lover (Tamsin Egerton) and his beloved daughter, Debbie Raymond (Imogen Pooting). Told in a flashback style, Raymond reflects on the sex, drugs and lavish lifestyle that led up to the death of his daughter.

At the UK premiere in Soho (15.04.2013), Friel told me about how she had to pose naked on screen whilst reenacting a photo shoot her character took part in for Raymond’s pornographic magazine, Men Only.

Anna wore a mustard yellow vintage dress whilst posing next to her co-stars Steve Coogan, 47, and Tamsin Egerton, 24, who play Paul Raymond and his lover, Fiona Richmond.

When I asked Coogan if he could imagine his daughter taking him out to party like Debbie does for Raymond, he replied, “that’s not going to happen!”

Dara Ó Briain, Chris Addison and Steve Coogan at the premiere of The Look of Love. Images © of Hollie Borland